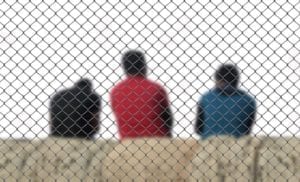 The US Embassy in Mexico informed the government about its plans to return to Mexico the first 20 people who applied for asylum in the States, who had previously arrived in the United States from Mexico.

They were supposed to be delivered to the Mexican border town of Tijuana on January 25, but observers did not notice the arrival of migrants in the city that day, Voice of America reports.

Mexican officials have officially declared their willingness to take care of those who are waiting in their territory for asylum in the United States. At the same time, Mexico nevertheless expressed dissatisfaction with the “one-sided” decision of the United States to send asylum seekers back to Mexico for the duration of their cases. Given the situation in the US immigration courts, asylum cases can take several months or even years.

“The government of Mexico does not agree with the unilateral decision of the government of the United States. However, we confirm that our government supports migrants and protects human rights, ”said Roberto Velasco, spokesman for the Ministry of Foreign Affairs of Mexico.

The local authorities of Tijuana expressed dissatisfaction with such a policy. The mayor of Tijuana called on the central government to shoulder the financial burden of maintaining migrants.

According to the previously existing rules, if the US government accepted asylum requests, the immigrants who submitted them were allowed to stay in the United States pending a decision on their cases, they were often detained for a waiting period, but kept in the US. Since January 25, this policy has changed, the Donald Trump administration unilaterally, without consulting with the Mexican authorities, decided to send asylum seekers to await decisions on their cases in Tijuana.

However, in the border cities of Mexico migrants suffer from attacks by criminal gangs. Cases of murder, kidnapping demanding ransom or forced labor for criminal cartels are known.

Representatives of the Democratic Party in Congress criticized the new Trump administration policy.

“The Trump administration has set about to destroy the asylum system, which appeared in response to the horrors of World War II, in order to provide victims of reprisals an opportunity to ask the government for shelter,” said Senator Dian Feinstein and Congressman Jerrold Nedler, representing the US Democratic Party.