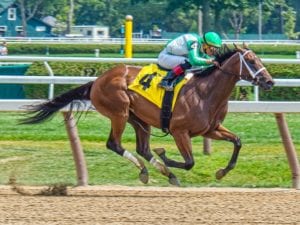 The US Supreme Court allowed the US states to circumvent certain items of gambling legislation. In particular, citizens have the opportunity to bet on some sports, Bloomberg reports. According to the judge, the imposed ban on the organization of bookmakers in all states, except for Nevada, is unconstitutional. This easing, as the agency writes, will also help to attract billions of dollars of additional revenues to the state budgets.

According to the American Gambling Association, every year the country’s residents spend $ 150 billion on illegal sports betting. The research company Krejcik Gaming estimated the volume of similar rates of $ 50-60 billion.

Six of the nine Supreme Court justices voted to repeal the 1992 federal law. The court’s decision says that the Congress can deal with the regulation of the sports betting market. If this does not happen, each state will be able to solve the issue of legalizing gambling in the sports sphere.

The initiator of the case was the state of New Jersey. There, in 2014, passed a law that allows residents of the state at the age of 21 years to bet on sports in the casino and on racetracks. The project was put forward by Republican Chris Christie, who was then governor of the state. It said that the 1992 law violates the Constitution of the United States in terms of the sovereignty of the states.

This document was attempted to challenge several national sports associations at once – the National Association of Student Sport, the National Football League, the Major League Baseball, the National Basketball Association and the National Hockey League. According to the plaintiffs, the law adopted in New Jersey threatens “fairness of the competition” and may lead to fraud in organizing sports events.

Sports bets were banned by federal law, which was passed in 1992. Exceptions in it were made only for Nevada and (with some restrictions) for Delaware, Montana and Oregon. These restrictions have led to the emergence of a “black” market of sports betting. As a result, the country’s budget annually carries multi-billion losses, writes Reuters.

The authorities of New Jersey, which consider the legalization of rates an opportunity to replenish the state budget, for a long time struggled to abolish the “unjust” law. In addition to New Jersey, laws on the legalization of sports betting were adopted in the states of Connecticut, Mississippi, New York, Pennsylvania and West Virginia. Analysts at Fitch Ratings claim that after the repeal of the 1992 law, dozens of other states can legalize rates for sports events.