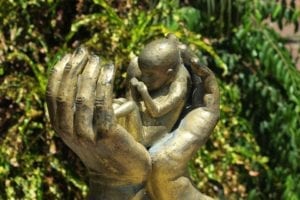 Alabama has banned abortion: the woman will not be able to interrupt pregnancy even if she was raped or incest happened. An exception is a real risk to her health. In response, women from other states, including those that are considering such bills, went out to protest. And in social networks they write about the right to dispose of their own body on their own.

Laws that Save Lives

“This bill suggests that every life has value, every life matters and deserves protection,” said Georgia’s governor Brian Kemp on May 7, signing a bill to ban abortions after 5-6 weeks of gestation.

Americans responded instantly to him, calling him “discriminatory” and “unconstitutional”. Even more outraged by the similar law in Alabama: it not only prohibits abortion in most cases, but also declares them a criminal offense. At the same time responsibility for him will not be borne by women, and doctors who will carry out the operation: they face up to 99 years imprisonment.

In the states of Arkansas, Mississippi, Kentucky and Ohio, this year has already banned abortions after the appearance of a heartbeat in the fetus. Queuing is Louisiana and South Carolina.

On May 17, a scandalous bill was signed in Missouri. Most of the Senate deputies, like in Alabama and Georgia, are Republicans.

Democrats are mostly opposed to the law: a Missourian senator, Jill Shup, has accused legislators of “not wanting to understand that all women’s lives are organized differently.”

So far, the prohibition of abortion in these states actually does not work: some have not yet come into force, while others challenge it in the courts. In North Dakota and Iowa, these laws recognized the courts as unconstitutional.
However, women who are planning – at present, still legally – to do an abortion, are already facing difficulties. For example, in Mississippi, the entire state has only one clinic where you can interrupt pregnancy.

According to a poll conducted by Morning Consult / Politico in Alabama and Georgia after the adoption of laws, 33% of people support the prohibition of abortion, while 56% oppose such an initiative.

Among the supporters of these laws is the majority of Republicans. United States President Donald Trump said that “he strongly advocates life, though he has three exceptions: rape, incest and the need to protect his mother’s life.”

However, the first two cases do not take into account the new law in Alabama. The UN Human Rights Committee emphasizes that abortions should be safe for the first time, and “as experience shows, a total ban on abortion does not reduce their number, but only drove them into an underground, thus calling into question the safety, life and health of women” .

The UN and human rights organization Human Rights Watch have declared “the discriminatory nature of such bills.”

Fighting and its results

As long as the laws have not come into action, human rights defenders can challenge them in the Supreme Court. Representatives of the American Civil Liberties Union (ACLU) plan to go there. They believe that the adopted ban on abortion is contrary to the historic decision of the Supreme Court of 1973 – it was then that they were legalized at the federal level. It all began with the case of Roo v. Wade, when the residents of Texas succeeded in securing the recognition of an abortion law in the state unconstitutional and eventually legally abortion.

Initiators of restricting the right to abortion, mainly Republicans, have their own political motives for such decisions. For example, in Alabama 63% of state believers – Protestants, along with Catholics, they oppose the artificial abortion.

After the legalization of abortion at the state level in the 1970s, they resorted to a radical confrontation, including staging pogroms in hospitals.

Now the state authorities are coming to meet them, wanting to secure their positions in the state on the eve of the new presidential elections.

With the advent of the United States, Donald Trump of the Republican Party, known for his negative attitude to abortion, the situation has changed.

In 2016, the president said that “abortions should not be legal”, and “women who do them should be punished.” Trump also appointed two judges to the Supreme Court: in 2017 Nila Gorscha, and in 2018 Bretta Kavano. Experts suggest that, through them, Republicans can take a look at the case of “Row v. Wade.”

So that the highest judicial body in the United States reconsiders the case, four of the nine judges agree. And if that happens, it will motivate supporters of abortions throughout America.