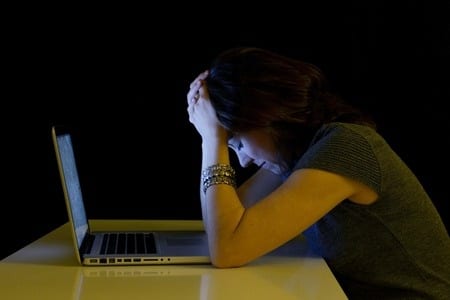 Cyberbullying, stalking and hate crime activities fall under the category of harassment crimes. It takes place whenever a person acts in a manner which provokes, threatens and annoys another individual leading to emotional distress. There are federal and state laws recognizing the ways of committing harassment to others. In majority of cases, the prosecutor should prove that defendant has acted in an illegal way. He or she is unlikely to have intentions of acting in a way that invites severe penalties. For instance, if a driver causes a car accident due to reckless driving that leads to death of the victim, he or she may be booked under vehicle manslaughter charges. It may not be among his or her intentions to harm or kill the victim.

However, cyberbullying crime which falls under harassment crimes needs ‘specific intent’. It means the person charged with had intentions to act in a certain manner. It is a must for the prosecutor to prove that defendant had an intention to harass his or her client. The person charged might have intentions of annoying or intimidating the victim. Similarly, there may be a heated exchange of words in order to provoke a physical clash.  Unintentional actions causing distress aren’t considered to be harassment. For example, an individual playing loud music without being aware of the sound causing distress to neighbors.

Harassment is committed through both non-verbal and verbal means. Physical gestures might be used by an individual in order to threaten and annoy any victim. A series of behavioral patterns can be also intended to intimidate the sufferer. This includes things like stalking the person to his or her domestic location, workplace, etc. Stalking also includes following or monitoring the victim which leads to harassment in some of the states.

Apart from person to person communication, harassment may be caused by the use of electronic equipment. This includes a person using computer or phone in order to communicate the threats. Cyberbullying crime is common nowadays with the growing use of internet in everyday communication activities. Social networking websites and emails are some of the popular forms. US have responded to fast growing incidents in cyberstalking and cyberbullying crime in various ways. Some of the state legislatures created different statuses for specially addressing the harassment which takes place online. For example, Virginia responds directly to harassment taking place online and makes it illegitimate to communicate with obscene language on computer network. It also includes threats or provocation for immoral or illegal acts and vulgar suggestions.

Cyberbullying crime may lead to disastrous consequences for the victims. It is the responsibility of the victim’s closed ones to help him or her in such a situation. There are sites such as STOMP OUT Bullying and stopbullying.gov offering information to seek help in the most appropriate ways. Apart from fines and jail term, the person proven guilty may also undergo court ruled psychological counseling. Indirect and direct communication with the victim can be also prohibited in cyberbullying crime incidents. It is important to contact a lawyer with specialization on this field to deal with such cases.