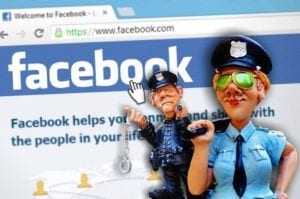 Judge Michael Corriero decided in a small message to the public to tell how data from social networks, in particular from Facebook, can send almost any person to jail. Judge Corriro stayed in his post for 28 years and was appointed to the Supreme Court of the State of New York. At the moment, he can be seen in the “Hot Bench” TV program, and he is also the founder of the New York Juvenile Center.

“I remember they brought a young man who was accused of carrying a weapon. “He never had a weapon with him, your honor!” “OK let’s see”.

We went to his Facebook page and the first thing we came across was a photo of a child holding pistols and smiling widely. For the most part, everything you post online is in the public domain. If you say: “This is not my photo”, then this issue will need to be resolved in advance before the jury sees the photo. How can you prove that you are not in the photo? Or vice versa? Well, the photo was published from this account. And the account belongs to you.

Sometimes there are cases when someone publishes your photo in their own home – and you really wouldn’t want someone to see it. Suppose you have a drunk driving trial in progress. And in the photo it is very clearly visible that you were drunk, and the date coincides with the time when you were stopped on the road while drunk. And in this case, you do not have the right to indignation. You cannot appeal to the fact that you were filmed without asking.

You were in a public place. People just wanted to capture the moment. If you accidentally hit the shot while committing a crime, then everything is very bad. This photo is a clear proof of your guilt, and it is useless to deny it.

The ban on the use of illegally obtained data is used mainly in the law enforcement environment. It does not apply to a civilian. If you are stupid enough to let other people catch you at the crime scene, everything is very bad for you.