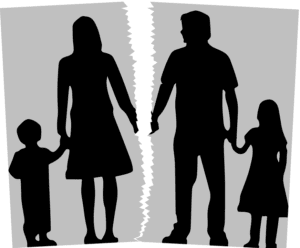 Just forty years ago, in order to get a divorce in Florida, it was necessary to prove the guilt of a spouse as a basis for divorce. Such grounds, for example, could be the infidelity or cruelty of one of the spouses. Since 1971, Florida has a divorce law that does not require proof of guilt. Florida has become the so-called “no-fault” state. Currently, a divorce that does not require proof of the guilt of the spouse is considered to be the best social policy, as it allows the parties to terminate the marriage relationship and not bring the “dirty laundry” to public discussion.

Florida only recognizes two mutually exclusive grounds for filing a divorce. The claimant must state that the marriage has finally collapsed and cannot be restored (“irretrievably broken”), or that the court recognized one of the spouses as mentally incapacitated for at least three years prior to filing the application.

Do such restrictions in the law mean complete exemption from any liability for immoral behavior? Not! Limiting the grounds for divorce and exemption from proving guilt means that the court is not interested in the reasons for the breakdown of family relations. The only thing that the court needs to know is whether there is a possibility of reconciliation of the parties and restoration of family relations. As they say, you will not be forced by force, and if the applicant believes that the marriage cannot be saved, the court will not understand the reasons.

However, the court may take into account the guilt of one or both spouses, including violation of marital fidelity, waste of jointly acquired property, mistreatment of a spouse or children, as one of the factors affecting the determination of the size of marital content (“alimony“), parental responsibilities, the division of property and the distribution of responsibility for debts, and the determination of the party responsible for paying lawyer’s services.

So, if one of the spouses had extramarital affairs, the court may consider this fact by deciding on the award and the amount of marital support for that spouse or on refusing to pay one.

In cases of physical violence against a spouse and / or children, if this adversely affects the development and condition of children, the court can take into account the behavior of this parent by determining the duration and frequency of his or her visits with children.

Under certain circumstances, when the behavior of one of the spouses has led to the waste of jointly acquired property and the depletion of financial resources, the court can move away from 50/50 sharing of property between the spouses and determine other shares for each of them.

Under certain circumstances, when the behavior of one of the spouses has led to the waste of jointly acquired property and the depletion of financial resources, the court can move away from 50/50 sharing of property between the spouses and determine other shares for each of them. The court may also include the value of the property as part of the share of the court-determined portion of the remaining property.