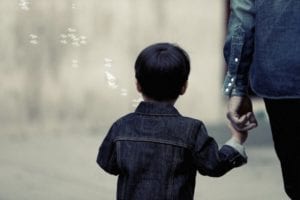 US lawmakers representing both parties on Tuesday called on Congress to take action to stop the separation of families of migrants on the border between the United States and Mexico, a practice initiated by the Trump administration and which caused a strong protest on Capitol Hill.

“All members of the (Senate) Republican Conference support a plan that allows preserving the unity of families as long as their immigration status is determined,” Mitch McConnell, leader of the Republican majority in the Senate, told reporters.

“It’s time for Congress … to put an end to the separation of children with their parents, [happening] today in our country,” said Connecticut congressman Jim Haines.

While the House of Representatives is preparing this week to vote on competing republican bills aimed at reviewing immigration laws and improving border security, they have more clearly defined the contours and efforts of senators seeking to prevent the separation of families of detained migrants.

The Democratic bill prohibits the separation of children from parents at the border, except in rare cases where there is a threat to the safety of the child that is directed against one of the most controversial elements of the “zero tolerance” policy of the Trump administration on the issue of unauthorized entry into the United States.

“We have a judicial process that did not require the separation of parents from their children in the past,” said Chuck Schumer, leader of the Democratic minority in the Senate (Senator from New York). “The Trump administration decided on its own initiative to adopt a more cruel, more heartless and much more expensive and time-consuming approach.”

So far, only the Democrats have been in support of the Keep Families Together Act. Senate Republicans object to the wording in the bill that “there is a presumption that detention does not meet the interests of families and children.” Republicans argued that this provision goes beyond uniting families and undermines President Trump’s broader initiative to prosecute those who crossed the border illegally.

Texas Senator Ted Cruz said he would submit a bill that would not divide migrant families, and that the number of federal immigration judges would be doubled in order to speed up the prosecution of illegal migrants and the consideration of asylum applications.

“We can and must ensure the unity of families so that children are not separated from fathers and mothers,” said Cruz. “Now the problem is a huge delay in processing [cases of undocumented immigrants and asylum seekers].”

McConnell said he hoped for a consensus between the two parties.

“We hope for mutual understanding with the democrats; we will see if we can get the result, i.e. to pass a law to make a law, and not just to polemicize, “the leader of the Senate Majority said.

Trump repeatedly accused Democrats in Congress of obstructing legislative efforts aimed at correcting the US immigration system and in upholding the policy of an “open border”.

“Democrats are a problem. They do not care about crime, and they want illegal immigrants, however bad they are, to flood our country, “the president said on Tuesday.

The Democrats immediately responded with a blow to the blow.

“President Trump just does not speak the truth and shows cowardice,” said Schumer. “Obfuscating is a cheap device, unworthy of any president.”

Democrats note that Trump first approved, and then rejected the proposal for bipartisan immigration reform earlier this year. This proposal called for funding for efforts to improve the security and legal status of undocumented immigrants brought to America in childhood.