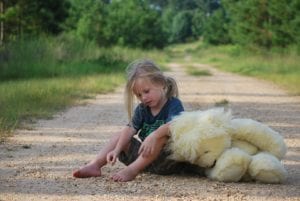 Utah became the first state in the United States, where children were given the opportunity to spend time without parental care. It is here that the so-called “Parental Rights Act” is implemented, which allows children to move at short distances, as well as play outside and remain in the vehicle without parental support.

It is noteworthy that the law does not define the age limits. Instead, it contains the wording that children “must behave and think over an adult” to avoid dangerous situations.

It’s no secret that US courts all over the country literally drown in litigation involving parents’ accusations of lack of control over children during their stay on the street. And therefore, the advocates of the law as an advantage of its introduction point to a possible reduction in the number of lawsuits against the grief parents.

Previously, such an initiative was considered in other states, in particular, in Arkansas, but there was not a similar bill adopted.

Most states do not have a statutory age at which one child can be left alone, but bodies responsible for the safety of children recommend not to leave unattended children under 12 to 13 years of age.

In addition, these bodies advise to pay attention to the nature and ability of the child.

Do not forget to also pay attention to the security of the home, the area in which you live, your neighbors, etc.

Specialists emphasize that often children who are ready to be alone at home and can take care of themselves, are not ready to look after their younger brothers or sisters, so try to avoid such situations.