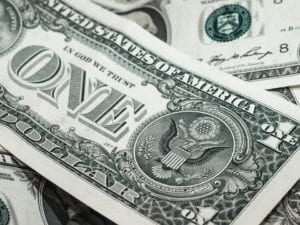 The claim of a group of atheists and organizations that demanded to refuse the use of this phrase on banknotes was rejected.

The Court of the Eighth District in Minnesota rejected the complaint of the group of atheists, who demanded that the phrase In God We Trust be removed from banknotes and coins. The latter pointed out that the existence of this slogan contradicts the first amendment to the US Constitution, which guarantees freedom of religion, RBC reports citing Reuters.

Judge Raymond Grunder pointed out that the phrase quoted on banknotes and coins corresponds to the ideas about the freedom of religion of past generations and does not contradict the legislation.

The phrase “In God We Trust” first appeared on coins during the civil war in the US in 1864 on the initiative of the Ministry of Finance. The latter agreed with the arguments of one of the Baptist priests who offered to mention God on money “for the sake of fighting the Gentiles”.

On banknotes, the phrase appeared in the mid-1960s. The reason for this was the decision of the Congress adopted in 1956 to make In God We Trust a national slogan. Its initiators then wanted to emphasize the religiosity of the Americans.

Reuters points out that the interests of atheists in court were represented by the lawyer Michael Newdow, who is known for his anti-clerical views. So, in 2010 he tried to exclude the mention of God from the oath of allegiance to the US flag, but the court lost. The first attempt to get rid of the phrase “In God We Trust” ended with a failure. Also in 2010, a federal court in the ninth district, which has jurisdiction over several states in the west of the United States, denied Newdou, noting that it lacks state support for a particular religion.