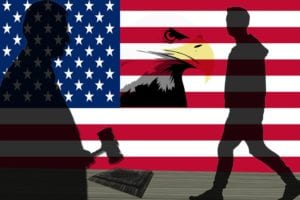 The US Supreme Court has recognized the constitutionality of President Donald Trump’s decree, which prohibits the entry into the United States of citizens of a number of countries with a high level of terrorist threat from some countries of the Middle East, Venezuela and North Korea

The court found that this rule is not discrimination based on religion and does not violate the constitution of the country. “We do not express views on the validity of the policy,” said the head of the court, John Roberts, quoting Reuters.

He added that the government sufficiently substantiated the ban on considerations of national security, the decree was issued within the framework of the powers of the executive branch, and any president could accept it. The decision of the Supreme Court means that the decrees of the lower courts that have blocked this decree become invalid.

Donald Trump was pleased with the decision of the court. “The Supreme Court upheld the ban on entry.”, He wrote on Twitter.

The first immigration decree Trump, signed immediately after his assumption of office, was blocked by the judges. The second anti-immigration decree Trump signed in March 2017, but he also became the subject of litigation. In June of the same year, the US Supreme Court partially authorized its application for a period of 90 days.

After the decree became invalid, in September Trump signed another, already a third option of the ban, but in October he was also blocked. According to the latest decree, entry to the United States is banned for most citizens of Iran, Libya, Somalia, Syria and Yemen. Trump argued for the need for this ban considerations of national security.