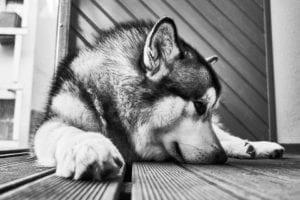 The incident is that the recipient is really called Michael, but Ryder is the name of his dog, says the WZZM channel.

Consequently, $ 360 per week the agency allocated for the dog. “I do not know what he is going to do with this money, but I’m curious,” the man laughed. “I knew he was smart, but this time he really surprised me.”

Haddock even called a restaurant in Detroit, listed as Ryder’s last job, but of course there was nothing about the “fired” four-footed employee.

Fake claims for benefits have become so frequent that on January 30, the Michigan Unemployment Agency announced the creation of a special investigative unit that will identify intruders before they send money.

Michael Haddock received a new letter, in which the agency regretted that Ryder could not contribute to the family budget.